"My goal is to seek out new entrepreneurs who are ready to launch their own small business and break free from an average life by learning simple business principles that work." - Phil 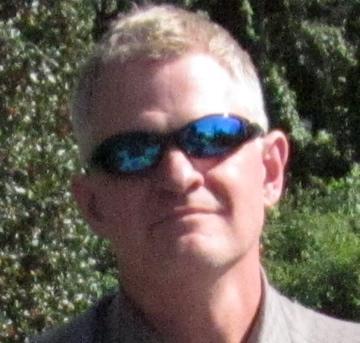 My Story (how I got here)

I became a handyman in 2006 after 25 years in the printing and packaging industries. That was a clear departure from what was considered "normal" for me, but it was the direction I chose after literally years of frustration working for people I didn't particularly like or appreciate. I wanted to be my own boss.

As a new handyman operating a sole proprietorship, I had a slow start. I did a lot of odd jobs and a few large ones but had no direction. Nothing was steady and my earnings suffered. It wasn't until I started painting curb numbers that I learned to leverage one small task into larger more profitable ones.

One thing I learned well from all those years in printing was this: if you can imagine it, it can be printed. Curb painting is actually just a form of printing. Slowly, I started earning new handyman customers as a result of building trust in my community by painting great looking curb numbers for many homeowners.

It was not a particularly easy path, and I had to work hard for everything. Still, I was on to something that worked.

But, I did not want to paint curbs forever. I didn't want to be a handyman for the rest of my life, either.

So, I decided to build this blog to share what I'd learned about curb painting as well as what I learned about marketing it. I built this site and it's contents the same way I built my curb painting business; through hard work and creativity. I also built a handyman and DIY website that makes a little affiliate income each month.

I realized quickly that painting curbs can be learned quickly and applied within just a couple of days of getting started by anyone with a strong enough desire and willingness to do what it takes to become self reliant.

After extensive online research on curb painting, I was left wondering if there was anyone doing a really good job of teaching how it's done along with business models, growth plans and so forth.. I discovered that most "systems" were skeleton training courses at best.

It took me two summers to perfect a system that covers everything I learned. It's not just about painting curbs. It's about building an honest business that has potential for expansion and growth.

For me, it started as a powerful desire to strike out on my own, and has grown into an online business teaching others what I've learned over the years. My marketing plan is simple, actually. Over deliver on everything and keep the price as low as possible.

Even if you don't want to make extra cash or build a business, The Curb Number Pro System still offers everyday folks a way to create cool curb numbers (without ever having to pay someone to do it ever again) for about the same as you'll pay someone to do it for you...just twice.

It's a good system, and worth more than the price. If you want to get started, you might sign up for my email list and check out my free Ebook first. It's a good read on the basics of getting started in any legal and profitable service oriented business of your own.

So, that isn't everything there is to know about me, but it covers a lot, and it covers how this website came to be.